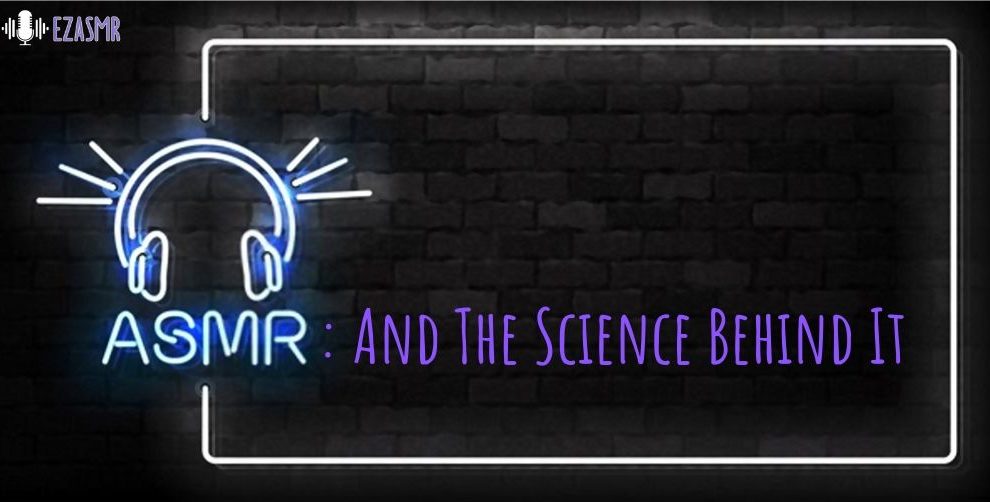 Autonomous Sensory Meridian Response aka ASMR, is a feeling experienced by people, in response to a specific gentle stimulus i.e. a tingling sensation in the scalp and down the spine along with the back of a neck that is often induced by hearing particular sounds. Mostly the sounds affect the mirror neurons hence making a person feels like he/she is going through the same action, the sound of tapping, hair brushing makes a person get a feel of calmness and relaxation, massage; here lies a possibility that watching massage movements activates mirror neurons in the brain that makes a person feel like as if one was receiving a massage and whispering, all of this triggers ASMR.

ASMR the term was introduced in 2010 and started trending online, but that was not the actual beginning since even before that similar sensation or feeling was represented by different words e.g. in 2007 it was first described as a weird sensation that feels good and was actually the beginning of online ASMR community, while in 2008 the term head orgasm was used to describe the very same feeling.

Today we come across thousands of online available and a number of ASMR Youtube channels. In 2009, the first official ASMR or whisper channel was created on Youtube, but before that, in 2006, unboxing videos got popular as they made people enjoyable to hear those unwrapping sounds as they stimulated ASMR. Moreover, clips from the show big brother caused a similar feeling of well-being. These clips from the show included whispering of house guests, and the whispers in the microphone made people feel pleasant and relaxed.

The channels consisting of content related to ASMR are curated by “ASMRtists,” they produce videos designed to induce tingles. These ASMR content based channels focus more on simple, relaxing sounds, or ramble in soft whispers in order to attract listeners and increase their views. While there are few channels that could even relax those people who do not experience ASMR, these channels include content such as positive affirmations, guided meditation, and anxiety relief. Data also showed that some people search other strange ASMR’s on youtube, such as cranial nerve exams, applying makeup, or ear cleaning. Check out popular roleplay and video ideas!

The Experiments and Research to probe into Science Behind ASMR 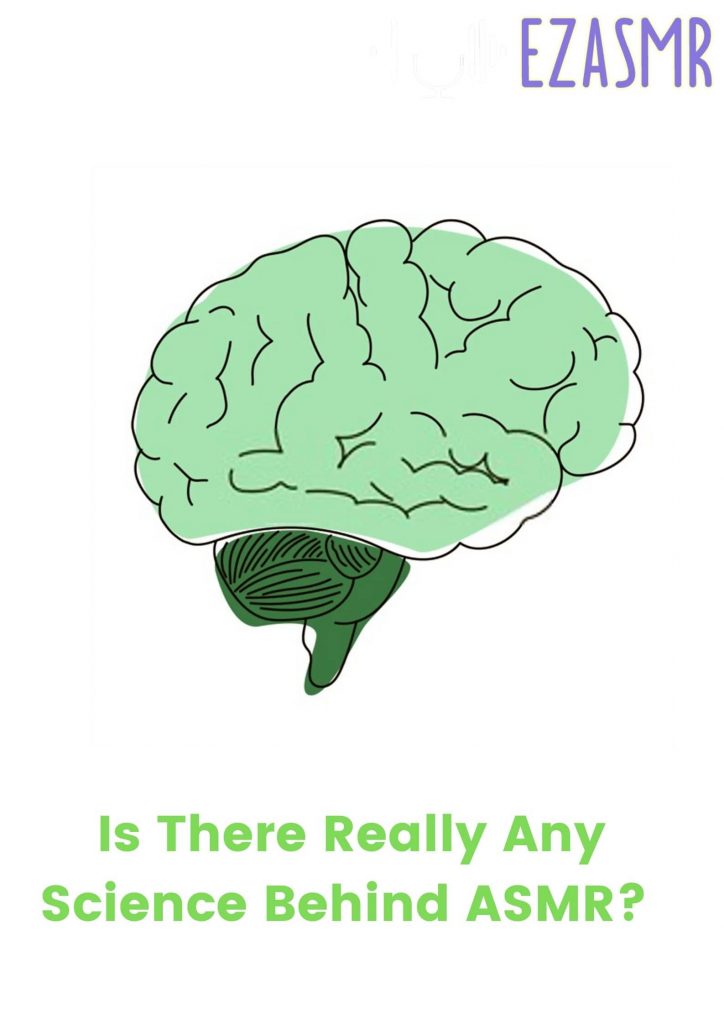 The science behind ASMR is not much known; although different experiments have given certain similar results, these results were due to psychological tests performed on people, but the real science behind it couldn’t be explained scientifically. Since medical sciences are based on tests and the markers that point out the source of origin of a certain disease or change that body experiences but ASMR doesn’t have any marker to find out how the tingling sensation in brain initiates, although there are researches and experimentation going on to find the exact point of initiation.

If we talk about psychological experiments being run on people in order to find the science behind ASMR,  psychologists found that not all people experience ASMR but the ones who experience ASMR have some common characteristics.

A psychologist from University of Winnipeg performed a psychological experiment, a group of 290 people was taken as subjects, and these people were made to listen to sounds and later were presented with five questions each, the study showed that those among them who felt the sensation (ASMR)  had following five same traits i.e

Another psychology student Stefan at the University of Winnipeg Canada, performed an experiment where subjects were placed in the MRI scanner at their resting state, and their response to ASMR was scanned. The results indicated that people with ASMR in their default mode network had significantly less functional connectivity and reduced connectivity in sensory, attention regions, and frontal lobes; this concluded that these people had less ability to inhibit sensory, emotional experience.

The statistics of their study showed that only 5% of people out of whom are mostly males, had an interest in ASMR media content and said to watch it regularly for sexual relaxation.

While the rest of the people use the ASMR media content to cope up with stress and get relaxed, according to them, it helps them to sleep better. [Research Link]

There is no evidence available in medical history that proves ASMR to be dangerous since it’s been used by people for meditation purposes and thus, has been inducing comforting and relaxing sensations. It’s been observed by medical researchers that ASMR not only helps in lowering of heart rate but also increases skin conductance/arousal. In addition to that, ASMR helps people to get a good calm sleep even to the people who are being diagnosed with insomnia.

So ASMR cannot be claimed as harmful but since ASMR is a very sensitive response to sounds, therefore, a high volume or loudness of ASMR media content can cause a negative effect on eardrums later, resulting to a hearing loss.

So we conclude that although there are a number of experiments carried out to examine the real science behind the ASMR further, till now, no study has been able to nail down the real cause behind it. But the thing that matters is that listening to ASMR does have some cool benefits, and there is no harm from it!

Best Binaural Beats App for Android and iOS 2021
Can ASMR Really Help You Fight Insomnia and Make You Sleep?
Comment