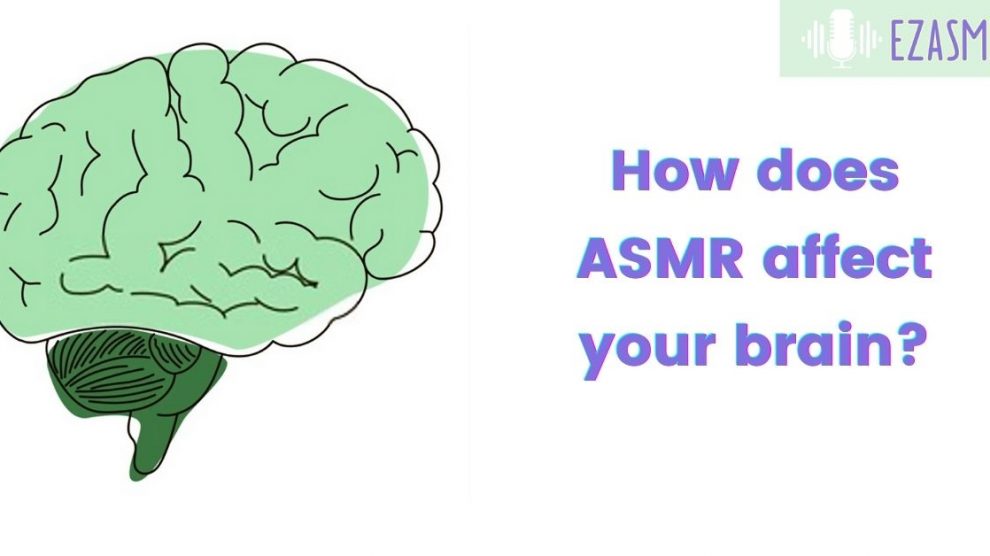 Feeling stressed, depressed, strung out, mind churning, can’t sleep, why not try watching a video before bed, but not just any video, ASMR triggering video.

ASMR is a pleasurable feeling caused by certain stimuli. The calming sensations are often called “tingles” by ASMR enthusiasts, that start from the top of the head and make their way throughout the rest of the body. These tingles provide deep relaxation and are enjoyed by a vast majority of people. These tingles are produced due to ASMR triggers which may vary from person to person. ASMR videos are specifically aimed at producing these tingles.

ASMR has gained a lot of following on social media ever since it started trending. The first ASMR video was posted in 2010 and now Youtube has 5.2 million ASMR videos with views growing every day. People who are sensitive to it find it extremely helpful. It has been known to help those with insomnia, anxiety, and stress.

Who created ASMR and How it became a sensation?

Although ASMR has been growing majorly in popularity, there have only been three peer-reviewed studies of the phenomenon, with social studies as the main focus. Research has barely begun into what happens to the brain during ASMR.

What ASMR does to your brain?

Some people need to hear trigger sounds to get ASMR tingles. Sounds reaching the brain are processed in the auditory cortex however, this happens for all sounds we hear. But, what exactly is it about tapping or whispering that trigger the tingling sensation?

The answer to this may lie in another part of the brain that helps with body awareness and sensation, known as the somatosensory cortex. This strip of brain tissue is a “body map”, with each area of the body represented along the strip, from head to toe.

Craig Richard, a reputable professor in the Department of Biopharmaceutical Sciences at Virginia’s Shenandoah University, and founder of ASMRuniversity.com, helped us find answers. He explained, “The sensory experiences (tactile, audio, visual) happening inside any one person will be going to different parts of the sensory cortex. The surprising thing is how this wide array of sensations can all result in a similar perception of tingles and relaxation.”

Brain tingles are subtle, sparkly, and you feel them a little bit more in your head

He also explained that those parts of the brain that light up when someone experiences tingles are quite similar to the areas activated when someone is being groomed, cared for, or affectionately interacting with someone else.  “Brain tingles are subtle, sparkly, and you feel them a little bit more in your head,” Richard says.

There is also a lot of cross-talk between different regions of the brain. ASMR specifically, might involve a “conversation” between the auditory and somatosensory cortex. The information regarding the sounds then travels to the somatosensory cortex, activating certain body-associated regions. The sensations are so real that it feels like you’re actually being touched.

For instance, if you’re watching an ASMR video featuring ear cleaning, chances are the sounds of “scratching” may be activating the “ear” portion of the somatosensory cortex, making it seem as if you’re actually experiencing the act itself.

The first meticulous study to observe the effects of ASMR on mood and physiology was published in 2018. Researchers learned that watching ASMR videos promoted pleasant feelings, but only in people who were sensitive to ASMR or identified themselves as being sensitive to it. Interestingly, the ASMR group showed a significant drop in heart rate (of more than three beats per minute) versus a control group that did not experience the sensations at all.

Is ASMR just a placebo effect?

Nitin Ahuja, MD, a gastroenterologist and assistant professor of clinical medicine at the University of Pennsylvania says that the current format of research “doesn’t really get at anything mechanistic.” However, there still seems to be something to it, he tells Health, as people feel relaxed after watching these videos. “At worst,” he explains, “it’s a placebo effect.”

If you haven’t experienced ASMR yet, it doesn’t mean you never will. The best way to find out is probably to give some videos a try and see how they make you feel. However, if you’re someone who is completely, unreasonably annoyed by videos of people tapping, crinkling, or chewing, there’s a perfectly good reason for that too. You might have something known as misophonia. It’s an extreme reaction to certain sights or sounds which is actually quite the exact opposite of ASMR.

ASMR Microphone Types – Extensive Guide
Who created ASMR and How it became a Sensation?
Comment